Cubicles of the Future 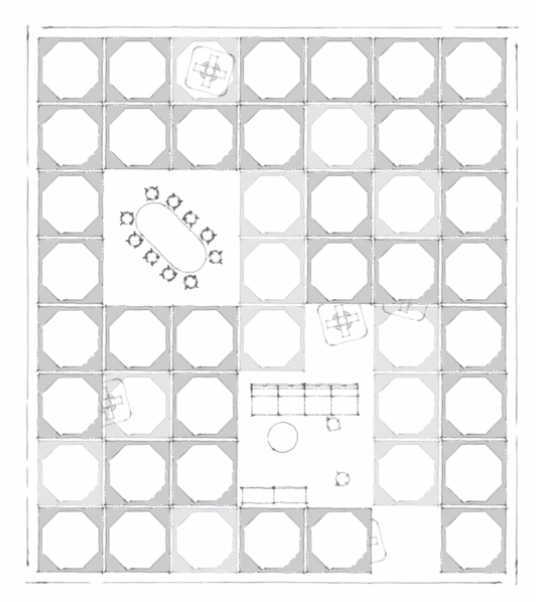 If you were to use cubicles for customized and personalized workspace, these new cubicles can be the answer. These cubicles are the future of collaboration and work space configuration.

It’s late afternoon, and your coworkers are being loud again. You have work to do, so you pop in your earbuds to drown out their voices–but it doesn’t work, because you can still see someone showing off their new juggling skills. If only I had a cubicle! you think. (See our line of cubicle furniture and design options).

In a professional world dominated by open-plan offices, some people find themselves longing for the cubicles of yore. They might have been beige, but at least they were easier for getting your work done. So how would you design a cubicle for the 21st century?

That’s the question that Fast Company posed to the design studio Rapt as part of our series Provocation. The workplace-design experts concocted two futuristic concepts in response, both of which give people private space for focused work and meeting space for collaborative work–in completely radical ways.

A ROBOT FOR EVERY CUBICLE

Rapt’s designers envisioned a concept in which everyone gets a private space to work when they want it. But there’s a catch: Each private cubicle sits on short legs, enabling small warehouse robots to scuttle around underneath them. Then, the robots can pick up the cubes and move them around the office based on what each person and team needs for the day. For instance, if you have a day of heads-down work, you’d get assigned a private cubicle so you can focus. If you have a day full of meetings, and you don’t need private space, your cube combines with other cubes to create a larger space in which to work with your colleagues. The robots shift the office in real time to make this happen.

For now, the idea seems farfetched, but Rapt’s design principal and CEO David Galullo believes it’s closer than you might think. He says the studio is working with clients who are interested in how a workplace can be reconfigured  over a weekend to respond to a team’s changing needs. The key is to keep the office as spare as possible, so you can easily move things around, which he believes is one reason that many companies prefer an open plan (aside from the fact that it simply costs less than traditional offices). Companies do realize that people hate the lack of privacy that comes with open offices, but they just aren’t as flexible. The challenge is to do both: “How do we make it both easily movable and more private from a built perspective at the same time?” Galullo says.

That’s where the robots come in. They’re powered by machine-learning technology that continually learns from workers’ requests  and optimizes it to increase everyone’s productivity.

Rapt’s second concept is another ingenious (if totally bananas) answer to the challenge of workers needing a mix of private and collaborative space at work. “Say in the future we invented this non-toxic fog that could be a barrier that would allow for individual acoustic and visual privacy,” Galullo says. He and his team envision this fog carpeting the entire workspace. Each person would have a movable fan or some kind of device to repel the fog wherever they stood, which would create a bubble within the fog where they could work undistracted. Galullo calls it a “spatial privacy void.”

This bubble would somehow be attached to them so they could move effortlessly throughout the office. When it’s time to meet up with colleagues, people could find each other in the gloom and their collective fans would create a meeting-room sized bubble in which they could talk.

The concept is a bit nuts, but Rapt’s designers were clearly being provocative to push traditional thinking about office design out the window. After all, for people who hate open plans, the fog might just be more appealing than overhearing your colleagues’ personal phone calls for the umpteenth time.

We’re used to thinking of the cubicle as a boring, beige box, but these two ideas imagine something radically different. Practical? Probably not. But the larger point is to underscore the degree to which workers need both private space and social spaces. To Galullo, that’s the key to the future of office design: “There are so many ways to interact that people are kind of hungry for . . . more meaningful interaction and more meaningful private time,” he says.

Cubicles Plus Office Furnishings (CPOF) provides what national retail chains do not; top notch service that compliments quality office furnishings of exceptional value. With offices in Minnesota and Florida, we are your go-to office cubicles and office furniture resource anywhere in the lower 48 states.