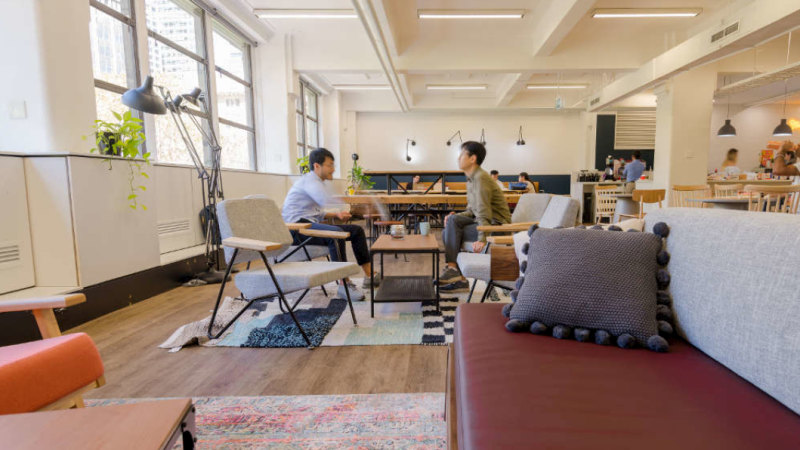 Considering the amount of time many of us spend in the office. We can spend twice as much as time as we spend in our own homes. Consider design office spaces with your employees’ comfort front of mind. The problem, though, is that what one team member loves, another team member hates. So how do you determine the preferences to prioritize?

It’s conundrums like those that empirical research aims to resolve, which is why a fresh analysis published in the Property Management journal is so instructive. Led by Professor Minyoung Kwon and his colleagues, the research analysed every credible study published on this topic from all corners of the world over the past two decades. Their work has culminated in ten evidence-based factors they believe are essential for managers to consider when selecting or renovating their office.

Temperature comfort: This is probably the most difficult. The temperature for one person may be too hot while for another it’s too cold. Even though the scholars concede that “providing a place where every occupant can be fully satisfied is practically impossible”, they reveal credible statistics that confirm the most pleasant indoor temperature to be 73 degrees.

Air quality: This comes down to ventilation systems. Odors that cause dizziness, pollutants that cause headaches – that sort of thing. It’s especially disaffecting when offices have windows that don’t open.

Noise control: You might be thinking this pertains to construction work next door or the sound of traffic penetrating the walls, but the biggest culprit is actually the workers themselves, “and it often occurs in the open-plan office”. According to various global standards, office noise levels should be limited to about 35 decibels. The most disturbing noise? A phone left ringing.

Light: This isn’t just about staff satisfaction but also, surprisingly, levels of depression which have been found to lessen in light-filled rooms. Prior studies put forward three solutions. The first is to give employees a desk lamp of approximately 11 watts. The second is to have windows of at least 1.8 metres in height. And the third is to limit any glare to a glazed intensity of 40 per cent.

User control: Of course, giving employees control of their work environment, such as leeway to change the temperature of the air conditioning, has been found to ramp up happiness. Although, come to think of it, surely it would only be a matter of time before that happiness was replaced by conflict, right?

Privacy: “The privacy of office workers is better protected in an individual space than in an open-plan office,” write the scholars. But we live in a world of rising rents and corporate cost-cutting so the layout of the past is unlikely to return, hence the recommendation to place a cap on density so there’s some distance between employees. It’s also wise to provide them with larger, more-spacious desks.

Concentration: Pretty much every negative item on this list has been demonstrated to be a source of distraction, thereby diminishing people’s concentration. Poor concentration equals poor productivity, which evidently equals poorer profits.

Communication: This is the one factor (maybe the only one?) at which open-plan offices excel. It’s clearly not just an excuse when managers profess these layouts and designs facilitate collaboration.

Social contact: This represents the need for employees to converse with each other. The more that office layouts encourage interaction, the greater the team’s well being and relationships.

We are, after all, territorial creatures.

Cubicles Plus Office Furnishings (CPOF) provides what national retail chains do not; top notch service that compliments quality office furnishings of exceptional value. With offices in Minnesota and Florida, we are your go-to office cubicles and office furniture resource anywhere in the lower 48 states.